What Happens To The Wolf You Don’t Feed? 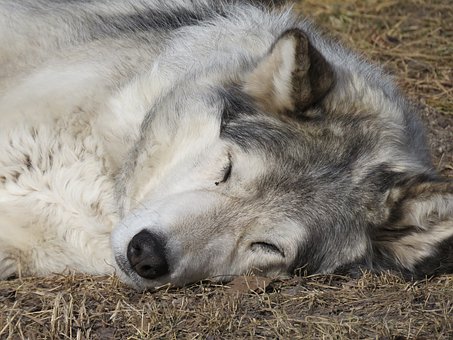 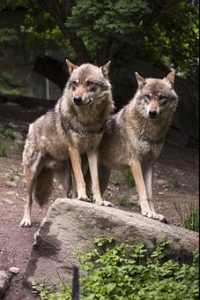 The other day I was thinking about the old Cherokee legend Two Wolves. The story is about an old man who is teaching his grandson about life. “A fight is going on inside me,” he said to the boy. “It is a terrible fight and it is between two wolves. One is evil – he is anger, envy, sorrow, regret, greed, arrogance, self-pity, guilt, resentment, inferiority, lies, false pride, superiority, and ego.” He continued, “The other is good – he is joy, peace, love, hope, serenity, humility, kindness, benevolence, empathy, generosity, truth, compassion, and faith. The same fight is going on inside you – and inside every other person, too.”The grandson thought about it for a minute and then asked his grandfather, “Which wolf will win?” The grandfather simply replied, “The one you feed.”

This has become a popular story told to support certain kinds of spiritual practices that teach “positive thinking” designed to change negative thought patterns. I understand how appealing this idea is and tried those kinds of practices myself for a while. My personal experience with these kinds of techniques eventually led me to a place of tremendous struggle and frustration. Why? Because I was coming from a deep desire to control my own existence, to matter and to feel good all the time. Anytime I thought or felt something “negative” (read uncomfortable emotion I’d rather not feel), I would think something “positive” and feel better…for a little while. The negative thought/feeling would eventually come back and I’d lament, “Why isn’t this working?! Why won’t this pattern go away?! I’ve done sooooo much work on this!!” I kept trying to feed the ‘good wolf’ but the ‘bad one’ kept barking for my attention.

So let’s consider for a moment what happens when animals are neglected, when they aren’t fed, paid attention to or cared for? Their behavior doesn’t improve. If anything it worsens. Now I understand that the metaphor in the story is telling us that we shouldn’t give all our attention to the negative, make choices from that place or to wallow in those states if we can help it. If we are really suffering, sometimes the most important first step is to seek out relief and find the light in ourselves. However, the potential trap in feeling better is often that we want to stay that way all the time! There may be periods of respite where the ‘bad wolf’ quiets down but it doesn’t ever go away entirely and our denial and avoidance of it tends to exacerbate its barking. 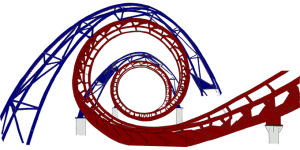 For me the pursuit of constant happiness was like being on a never-ending emotional roller coaster that left me mentally exhausted and emotionally frustrated. I am grateful for having had this experience because it eventually led me to seek a different perspective and I also began asking different questions. Instead of, “How do I follow my bliss, find my purpose and manifest my highest potential?” I began asking things like, “Who wants these things anyway? Where is this desire coming from? Who is it that needs to be positive all the time and where is this judgment around negative feelings coming from?”

The answers almost always led me back to some fear of feeling bad, of not mattering or not being enough. Instead of trying to be eternally happy I became more interested in answering those questions and tracing their roots. This has brought me to a deeper understanding of myself and my subconscious motivations which in turn has helped me to feel less attached to the ‘positive’ states and less aversion to the ‘negative’ ones. The result is that I experience more authentic joy and peace in my life and I’m less afraid of my own ‘bad wolf’. 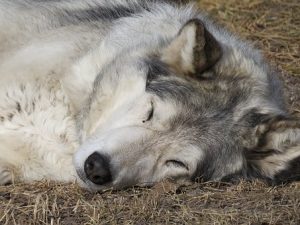 From my perspective the best spiritual practices will help us develop the psychological and spiritual strength necessary so that we can turn our conscious awareness and compassion to the other wolf; the one that is difficult to love, the one that bites that hand that feeds it, the one that is angry and aggressive, the one that howls incessantly and paces constantly. That wolf too, is worthy of love. When we meet that wolf without judging it, trying to change it or willing it to go away, when we meet it fully and acknowledge it for what it is, it may just lay its head down and find its own peace.