Posted by Sarah Craft on
· 4 Comments

I can’t tell you how many times I have clients say to me, “I take on other people’s negative energy. Can you help with that?” I usually answer, “Yes I can, but first let’s have a conversation about what I’m helping with.” I can completely relate to the “experience” of taking on someone else’s energy. As a lifelong empath, feeling other people’s emotions, physical issues or even thinking their thoughts is something I’m very familiar with. So why did I put the word “experience” in quotes? While we may feel like we’ve taken on someone else’s stuff, or that they’ve given us their negative energy, what is actually happening is something else entirely and it would behoove us to dig a little deeper into what is really going on.

Let’s say I notice a stranger on the street who is angry, or I bump into a friend who is angry and then later in the day I notice I’m feeling angry. If there was no situation to illicit these feelings I might conclude that it must have been these angry people who gave me their anger. If we believe in energetic transference then this is a very common conclusion to jump to.

Looking at this situation from the perspective that everything is vibration; every thought and every emotion, then anger has a particular vibration or resonance. Now let’s say I have some issues with anger (Who me? No way! I don’t know what you’re talking about.) I may feel like it’s not ok to get angry, or to express it, or to witness others getting angry. I may have some judgements about anger and I certainly don’t like getting angry (because of said judgements) so whenever I feel angry, I inherently repress it, resist it and I push it away. You may have heard the expression, “what we resist, persists” and that is exactly what is happening here.

Now let’s look at this situation from the perspective that everything is energy and all energy likes to move.

Emotion is simply energy in motion but as soon as I resist that movement (because I don’t like it and I judge it) it ceases to flow. Now that anger becomes an inertial energetic charge in my energy field. It hasn’t gone anywhere but it’s no longer in my awareness…until I’m around someone angry. Then that little emotional charge recognizes a comrade in arms and begins to vibrate. If you strike a tuning fork and hold it up to another tuning fork in the same pitch, the one that wasn’t struck begins to vibrate because there is a vibrational resonance. It’s a similar situation here. My own unresolved anger begins to react to the anger of others. There was no transference. I didn’t take anything on and nothing was given to me. The only stuff I have is my own. 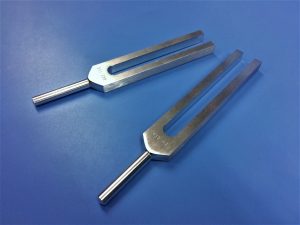 So now we get to what I do when clients say to me, “I take on other people’s stuff.” First I explain pretty much what I wrote above and then we have a conversation about what kinds of “stuff” they feel they take on. Most of us aren’t sensitive to absolutely everything. We all have a particular flavor, much like ice cream, that we prefer. For some of us, it’s sadness, for others it’s anger, or grief, or fear. Figuring out what “flavor” pushes our buttons and elicits a reaction can be invaluable information in moving through this world with more ease. Awareness precedes change so really getting our awareness around what triggers us is half the battle. In my practice, once uncovered we take that emotional issue through a protocol that releases and transforms those stuck emotional charges and other aspects of conditioning. That is the way that we heal it.

It can also be valuable to explore the judgments we might have towards a particular issue. Allow me to share a personal experience regarding the issue of anger. For many years I erroneously thought that spiritual people didn’t get angry, and so I judged anger to mean “spiritually unevolved.” Since I value my own spiritual growth, that was motivation enough to push my own anger away. This resistance towards anger was constantly being reflected back to me in my life. I seemed to magnetize angry people and it was incredibly annoying. I would think (cue the victim consciousness music), “Why am I attracting all these angry people?!” When I really started to do some healing work on my own unintegrated anger, both through energy healing and various forms of self-inquiry, the way I related to anger started to shift.

I still remember the moment when I realized that my experience with anger was changing. I was driving in an unfamiliar neighborhood looking for a particular street. Apparently, I wasn’t going fast enough for the person behind me because he started screaming in a bloody rage, pretty much every expletive in the English language. I looked at him through my rearview mirror and his face and his eyes were red like a cartoon. I remember thinking, “That man is really angry.” It was only after I had taken the turn that I realized that I had no reaction to his anger. I didn’t feel threatened or wronged or angry myself. I had simply observed without judgement. I’m not suggesting that I’ve worked through all of my anger issues but I am way more comfortable with anger in general and way less reactive towards it. 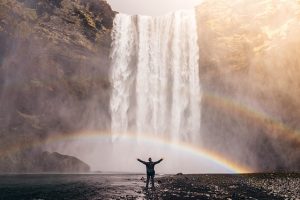 So by rethinking the idea of energetic transference we can choose to take responsibility for our own emotional material. No longer the hapless victims of some kind of universal game of energetic paintball, we can be empowered in knowing that what we feel is our own. Response to our feelings can be a conscious choice instead of a knee-jerk reaction. What could be more freeing than that?